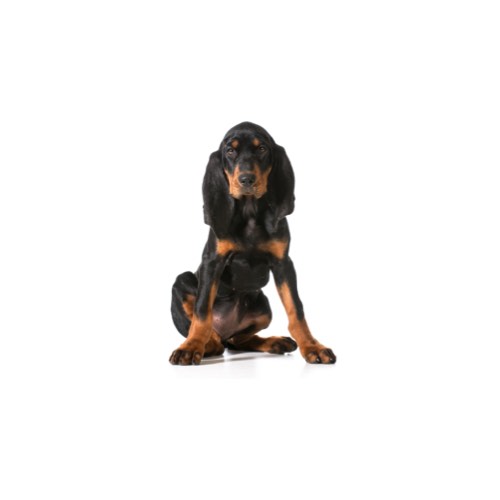 One of the few All-American breeds, the Black and Tan Coonhound is a persistent, determined, honest hunter who will stay on track no matter the terrain or conditions. His name developed from his color and purpose ??? his coat is coal black with tan markings, and he is used to trail and tree raccoon.

Outgoing and friendly, the Black and Tan Coonhound likes to be with his family. Most are laid back in the house, but require moderate daily exercise on leash or in a fenced area. Their instincts may lead them to chase and tree small animals and bark, so training is important. Their short coat requires minimal maintenance.